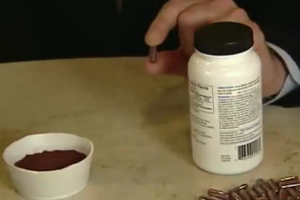 Red yeast rice does work to lower cholesterol, but only because it contains naturally occurring chemicals that are identical to medicinal statins.

They work the same, and they have the same risks and side effects—including possible liver toxicity and muscle pain or weakness.

The difference is that prescription medications are standardized, regulated, and produced in a sterile environment. The amount of active ingredient in each dose of red yeast rice can vary from package to package or even from capsule to capsule in the same package.

Worse, red yeast rice may contain contaminants, some of which may cause serious illness. This is one of those cases when natural doesn’t mean better.

If you want the benefits of red yeast rice, talk with your doctor about whether you should start taking a statin medication.

Red Yeast Side Effects and Safety – From WebMD

Red yeast is POSSIBLY SAFE for most people when taken by mouth for up to 3 months. There isn’t enough information to know if taking it for longer periods is safe. It can cause stomach discomfort, heartburn, intestinal gas, and dizziness.

There is also concern about product quality. Many red yeast rice products have been found to contain varying amounts of the statin-like chemicals. Some products may contain none and others may contain high amounts, which are more likely to cause serious side effects.

Serious allergic reactions can occur after breathing in red yeast.

Red yeast that is not fermented correctly may contain citrinin. Citrinin is a poison that may cause kidney damage.

Liver disease: Red yeast contains chemicals that are the same as the statin drug lovastatin. Like statin drugs, red yeast should be avoided in people with liver problems.

Red yeast rice is an ancient Chinese condiment made from specially fermented rice. The reaction between the rice and the yeasts used for fermentation yields natural statin substances.

Red yeast rice has been used safely to strengthen circulation and help digestion in Chinese medicine for hundred years.

In 2 studies presented at the American Heart Association’s conference in 1999, red yeast rice — sold under the brand name Cholestin — was found to lower blood cholesterol levels.

In another study, published in the American Journal of Clinical Nutrition, red yeast rice was found to lower total cholesterol, LDL, and triglycerides (another type of blood fat that has been linked with heart disease).

Its benefits can be had for $20 or $30 monthly, instead of the average price of $190 paid monthly for statin drugs.

When the company that makes the Cholestin put their product through rigorous scientific testing to prove its efficacy and safety…..the FDA called Cholestin a drug and ban supplement manufacturers from selling it at all.

Afraid of competition against expensive, best-selling cholesterol drugs, the FDA told federal judges that allowing Cholestin to be sold would reduce the incentive of the pharmaceutical industry to develop new medicines…..

Fortunately, the judges ruled in favor of the supplement makers, and red yeast rice is still a widely available alternative to statin drugs.