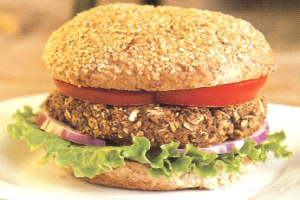 He yearns for more…

…dragging you away from your disease-promoting diet to a better way of living will have just as powerful an impact as dragging you out of fire.

The Engine 2 Diet began when Rip found out that his firefighter buddy JR had a whopping high cholesterol number: 344. Rip and his other friend Josh had decided to rescue JR through a healthy diet — plant-based diet.

At the firehouse in Austin, Texas, they started a healthy lunch wagon which is a family-style meal in which they help each other in preparing and cooking the meal, and then cleaning up. Daily they prepared plant based diet foods: wholesome sandwiches, veggie burgers, tacos and wraps with hummus and vegetables on whole wheat or corn tortillas.

Everyone who followed his plant based Engine 2 Diet lost weight, lowered their cholesterol, and improved their overall health.

When the New York Times photographer went to the firehouse to document the plant based diet and its amazing results, the firefighters made the tasty veggie burgers: New York Times Veggie Burgers, which was also featured in Vibrant Life magazine, May/June 2011 issue. Find the recipe below.

Women who tried the plant-based Engine 2 Diet have lost up to 26 pounds in just 28 days chowing down on yummy plant-based diet foods such as burgers, sloppy joes and chili dogs!. . . .

Plus, there’s no counting calories or measuring portions…!

Engine 2 dieters have cut their cholesterol by up to 146 points in just 28 days.

Plus, strict vegetarians typically have a very low cholesterol, they’re virtually assured of never having a heart attack!